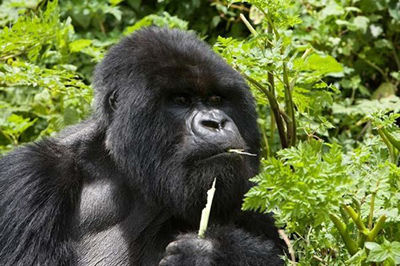 The latest science on the subject of brain size has a nutritional component that connects the size of our brain to the amount of energy required for it to grow. To keep things simple, we have more neurons than any other primate...about 86 billion, compared to the 33 billion found in Gorilla's and 28 billion in Chimpanzee's. These extra neurons deliver lots of benefits, but they come at a price. Our brain's consume 20% of our body's energy when we're resting, compared to 9% in other primates.

Hopefully you'll find it useful to know that the size of our brain is one of the reasons we're more clever and resourceful than the great apes. Those of you who remain skeptical that "Size Matters" should consider that reduced size is present in all cases of advanced Alzheimer's and Dementia. Following this logic then "Bigger is Better" at least as it relates to us. But that doesn't answer the question of how we ended up with all these extra neurons in the first place.

If energy is involved then calories are a factor, so here's the simple version of how this "works." As it turns out a diet restricted to "raw food" might improve our health in some ways, but a recent study published in the proceedings of the National Academy of Sciences found that the reason our brains grew so rapidly, relatively speaking, is we invented cooking. According to the study our ancestors would have had to spend 9 hours a day eating enough raw food to support the energy required to develop brains of our size. "If you eat only raw food, there are not enough hours in the day to get enough calories to build such a large brain," says Suzana Herculano-Houzel, a neuroscientist at the Federal University of Rio de Janeiro in Brazil, who is a co-author of the report. "We can afford more neurons, thanks to cooking."

Another finding credits Homo Erectus with learning how to roast meat and root vegetables over a fire for "Kick Starting" things and getting us moving in the right direction. Harvard professor, Robert Wrangham, proposes that the effect of cooking "predigests food" making it easier and more efficient for our "guts" to absorb calories more rapidly. He and his colleagues observed in lab studies that animals grow up bigger and faster when they eat cooked food rather than raw food because it takes far less energy to digest food when it's cooked. According to Wrangham, "these studies show that an ape could not achieve a brain as big as in recent humans while maintaining a typical ape diet of raw food."

Robert Martin of The Field Museum in Chicago, Illinois, agrees that the new findings do provide the first evidence that metabolic limitations from a raw food diet impose a limit on how big a primate's brain—or body—can grow. "This could account for small brain sizes of great apes despite their large body sizes." But he remains less convinced that Homo Erectus was responsible for the first dramatic burst of brain growth in our lineage.

We found reviewing some of the latest science on this subject to be a useful exercise in learning more about how our brains evolved, but no attempt was made to connect it to what diet might work best for you today. We also understand that evolution itself remains a controversial subject for some and nothing said here should be interpreted as a reflection of our beliefs on whether Neanderthal's were dimwitted brutes—or skilled toolmakers with a complex social organization that made sophisticated use of the caves and other spaces they lived in. Did they have language, did they bury their dead, did they make art, are questions for others to answer. The debate over how "human" they were and how similar their cognitive and symbolic capacities were to Homo Sapiens should continue among evolution experts without fear of being interrupted by us, with one exception...Our research left us hungry for more information on the role Homo Erectus played in inventing "Kitchens."   Tom LeDuc 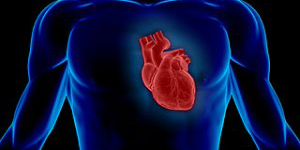