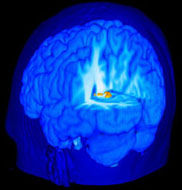 Do creative people live longer? According to a recent study published in the Journal of Aging and Health, they do. The study found that of the many components of creativity it was "openness" that's associated with living longer, rather than curiosity, cognitive flexibility, intelligence or a preference for novel ideas. The study also cited the ability of creative people to respond to stress, often seeing stressors as challenges to overcome rather than obstacles that can't be overcome, as a key contributor to their longevity.

Nicholas Turiano, of the University of Rochestor's Medical Center and a co-author of the study says, "Individuals high in creativity maintain the integrity of their neural networks even into old age."

Most of the findings we reviewed indicate the habit of looking for possibilities challenges certain areas of the brain to create more neural connections which assists different parts of the brain in communicating with each other. Creative people tend to have more white matter to support neurons in making these connections...which opens the door to the "chicken or the Egg" in our view. It makes sense that brains wired to be more creative tend to decline later in life, what's surprising is how often they seem to perform better as we get older. Maya Angelou's writing is frequently cited as an example of creative skills improving with age. The evidence we reviewed caused us to conclude that having the right outlet to express ideas may play a role in determining how creative people are.

We tend to avoid challenging credible scientific findings, especially current science and we found all of the evidence we reviewed compelling, but not enough of it addresses the fact that creative skills can be improved. Creativity is different from mere intelligence and there is no doubt some people are more creative than others, but we believe everyone has their own unique set of creative "gifts". The challenge is in discovering what they are.

In a deeper philosophical sense creativity should be viewed as an opportunity to reach inside yourself to find out what's going on in "there." In our experience the creative process requires accepting that questions are more important than answers and it's through discovering the right question that most original solutions are found. It's the problem solvers and innovators that create the opportunities the rest of us benefit from. It's true many of them are "gifted," but it is equally true they worked hard at developing their "gifts"...we're glad they tend to live longer and if you invest in becoming more creative, we think you'll live longer too. Tom LeDuc