OBESITY AND YOUR BIOLOGICAL CLOCK 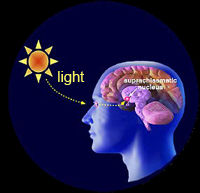 Most of us understand the role our human biological clock plays in correcting sleep problems like insomnia and jet lag. Recent insights indicate it may play a role in treating certain diseases including cancer, Alzheimer's and mood disorders as well. A new German study concluded it may even be a key factor in developing obesity. Tight work timetables and hectic social schedules are a fact of modern life and they often clash with our internal biological rhythms causing a condition now being referred to as "social jetlag", which among other things can make us fat. When the rhythms of our lifestyle conflict with our biological clock nothing good happens and inconsistent sleep patterns are showing up more and more as a leading cause of poor health.

German Professor Till Roenneberg, who coined the term “social jetlag” to describe the phenomenon says, "If the rhythms dictated by our lifestyles are persistently out of phase with our biological clock, the risk of illness, such as high blood pressure and even cancer, rises."

Our biological clock uses the daily succession of light and dark to get in sync with the 24 hour day that exists on our planet, but our social clock doesn't always listen. In persons who get too little sleep, the perception of hunger increases, often leading to overeating and overweight people are at increased risk for serious metabolic diseases, such as diabetes. Many factors, in addition to excessive consumption of energy-rich foods, play a role in the development of obesity and one of the things that triggers this behavior is a lack of sleep. When our Biological Clock is off many of us instinctively choose the convenience of food to meet out energy needs, when the real solution to our problem may very well be more sleep...

According to the most recent findings a quest for energy drives more of our behavior than previously thought and few things sap more of our energy than not getting enough sleep. Turning to food or energy drinks may give you a short term "fix," but in the long run they compound the problem. If sleep is what your body needs then that's what you have to give it, if you want to be at your best. Your Biological Clock is programmed to sleep at night, when it's "dark" and work during the day. If you intend to adjust these bio-rythms the consequences can be serious if you aren't careful to get enough sleep. 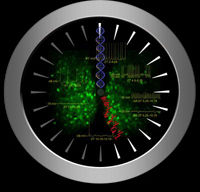 Our research indicates that shift workers, people working at night or that have large variances in their work schedules, may have reduced life expectancy as well. So far it has been difficult to quantify how large this reduction is, but the amount of research being conducted about the role our biological clock plays in our lives is increasing and we expect much more data on how it impacts our longevity soon. Tom LeDuc