WHY WOMEN LIVE LONGER THAN MEN 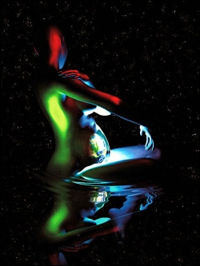 Throughout human history women have banded together for protection and mutual support. They "nurse" each other in times of illness and even help each other tend for their young. They boost each others confidence, keep each others secrets, laugh and cry together and while their non-stop chatter can make men crazy it helps them keep each other well. We support the findings of the studies we've reviewed that found the reason women live as much as 5 years longer than men is because of the difference in the amount meaningful social activity they have in their lives.

According to UCLA neuroscientist Shelley Taylor, "women are much more social in the way they cope with stress, men are more likely to deal with stress with a 'fight or flight' reaction...with aggression or withdrawal. But aggression and withdrawal can take a physiological toll and friendship brings comfort that mitigates the ill effects of stress. That difference alone contributes to the gender difference in longevity."

Men would disagree, but women
are better at keeping secrets

Beverly Fehr of the University of Manitoba cites failed relationships as an example, "When a romantic relationship ends, a woman still has other sources of intimacy — her friends — and that provides her with another source of support." Ohio State University psychologist Janice Kiecolt-Glaser puts it this way, "When a man loses his primary female partner, he's in trouble." Our own research into Broken Heart Syndrome supports these findings. Men are as much as 40% more likely to die of a broken heart than women. 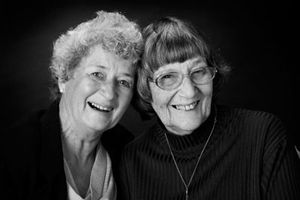 Friendships have a profound affect on the health of both genders. Men and women who report loneliness die earlier, get sick more often and don't deal with stress as well as those with a strong support network. But men rely more heavily on their wives to ward off the health effects of loneliness. Married men live significantly longer and healthier lives than bachelors or widowers. Married women, by contrast, are only slightly better off than unmarried women or widows when it comes to health and most research cites the support they receive from friendships outside their marriage as the difference. Men often have strong support networks available to them as well, but they are far less likely to rely on them.

Many women describe the difference in the relationships they have with other women by saying, "you can bear your soul to another woman and you can't do that with a man, even your husband." There is even strong evidence many women feel that during times of deep emotional stress men often make things worse because, "they don't know when to stop giving advice." Janice Kiecolt-Glaser, who studies friendship and health, calls social support "the most reliable psychological indicator of immune response that has been found." Even a man can support that finding...   Tom LeDuc