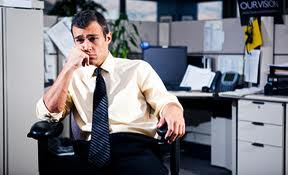 About 40% of the employees surveyed said they have been working harder in the past 12 months, and 25% said they feel even less secure in their jobs this year than they did a year ago, the researchers say. About 36% of current employees say they would like to be working somewhere else by the end of the year.

Add this data to the "real unemployment" stats of 17% and maybe things aren't quite as rosy on the Jobs front as some folks would like us to believe. A total of 53% either unable to find work or unhappy with what they do is more than a blip on the screen of social change. These levels of frustration and unhappiness are unprecedented in our memory and health issues seem sure to follow. It remains to be seen how the implementation of the new Healthcare law will impact these changes, but so far the confusion it has created lead us to believe it won't be positive. 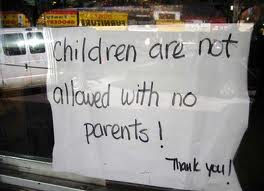 Our attitude about children is changing

America, along with many other countries in the world, is changing its attitude about marriage. According to US Census data we are getting married later in life, but that is old news. What's new is our attitude about having children. Not having children or delaying when to get started is not the same as not wanting children and this new attitude carries with it the seeds for significant social change...and that change is well underway, in the last 30 years, the number of women age 40-44 with no children has doubled, from 10 percent to 20 percent.

In 1960 fifty percent of American households had children, today it is around 25%, the lowest in US history. American researchers attribute this decline to the fact that today's couples express a yearning for companionship, intimacy and personal fulfillment in marriage. In order to thrive, these so-called soul-mate relationships require high levels of maintenance that demand both time and attention. Children, who also require considerable time and attention, are now often seen as competitors.

Marriage has long been one of the most reliable predictors of life expectancy...staying married can increase your longevity by as much as 5 years, compared to people who live alone. Marriages with children tend to last much longer and have a much lower incidence of Divorce than those without children. Will "love" win out in the end, we hope so, but the data suggests otherwise.  Tom LeDuc