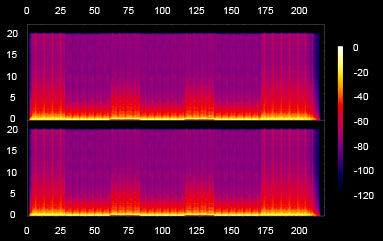 According to the latest CDC data, suicide rates in the US have risen 15% between 2000-2009. When you add the 128% increase in deaths by accidental poisoning to this total it makes you wonder how accidental some of these poisoning deaths really are. It's difficult to think otherwise when the US Centers for Disease Control will soon list Intentional Self Harm (Suicide) as the 10th leading cause of death in the United States. Several studies indicate the number of Suicides are vastly under-reported and if they're off by even 20% then the increase is 35%...our research indicates it could even be higher than that.

It's easy to say 90% of all Suicides are caused by depression, but during these challenging economic times that seems somewhat oversimplified to us. Suicide rates are increasing all of the world. The 24% increase in the male suicide rate in Greece between 2007-2009 and the 52% increase in Italy between 2005 and 2010 didn't happen without a reason and rather than chalking it up to a sudden increase in mental illness, why not add "brought on by the economic recession" to describe the underlying cause. Millions of people lost virtually everything they had during these difficult economic times. People can be depressed without taking their own lives and when suicide rates increase this rapidly it seems someone should begin to ask why?

History offers a stark reminder of how suicide rates tend to rise and fall during good and bad economic cycles, peaking at 22 people per 100,000 during the Great Depression, in 1932. According to the NY Times, in parts of Europe so many small business owners and entrepreneurs are taking their own lives that newspapers are beginning to refer to it as "suicide by economic crisis." One estimate indicates that every 1% increase in unemployment results in 37,000 deaths. It takes several years for all this to play out and two years just to compile the data, so we are just beginning to understand how big these suicide rate increases will be. As countries attempt to recover their economic losses, reducing the human losses that history tells us are built in, should become part of the early stages of the recovery process. No amount of logic or reasoning can give someone their will to live back once they've lost it, they need help identifying the warning signals before that happens. Tom LeDuc