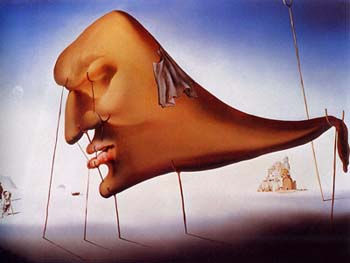 How well you control your appetite is directly related to two powerful hormones...Leptin and Ghrelin. When your ghrelin levels are out of sync your appetite is stimulated and you want more food. When your leptin levels are off you tend to feel less satisfied after you eat which can cause your desire for calorie dense foods to increase by as much as 45%. Both of these events are triggered when you don't get enough sleep.

The latest scientific findings indicate that when your day begins after a good night's sleep many of these unhealthy food cravings will go away, making it much easier to control your weight. We also know we are less likely to exercise when we aren't in the mood. Eating right and exercising improves our "mood" because we have more energy. What's new about the latest findings is we tend to eat more when we're tired because we misinterpret the signals our body is sending us that we need more sleep.

The evidence is compelling that the connection between sleep and maintaining a health weight is very strong. People that suffer from sleep apnea are almost always overweight. A new UK study indicates poor sleep habits lead to a host of other problems as well. Dubbed "The Great British Sleep Survey of 2012" it surveyed over 20,000 people from virtually every region of the UK and it found the worst effects of poor sleep is how it affects us during the day, both physically and emotionally. "Long-term poor sleepers are 7 times more likely to feel helpless than good sleepers and 5 times more likely to feel alone, but also twice as likely to have relationship problems, suffer daytime fatigue and lack of concentration. They were also twice as likely to have mood problems and more than twice as likely to struggle to be productive."

New studies suggest between six and eight hours is about right for most people and if you fall behind log in a few extra hours on the weekend. Learning to listen to your body more carefully is a very important part of this equation. None of this is too surprising other than the relationship sleep has to controlling your weight.You already know sometimes you think you're hungry, but you might be thirsty instead…now you know your food cravings might mean you are tired and are looking for the energy you lost from not getting enough sleep. Healthy sleep patterns are vital to every aspect of your health, including life expectancy. According to a recent OECD study the French get more sleep than any other people...perhaps the "French Paradox," that allows them to consume such a high fat diet and still live long and healthy lives, has as much to do with their sleep patterns, as it does the quality of their red wine.  Tom LeDuc