The situation is stark…surprising yet unsurprising that some segments of the American family remain in the shadows while those with louder voices dominate the national conversation. The drum beat is strong for African Americans, Hispanic Americans and White Americans…but nobody has suffered more from the Virus than Native Americans. Anyone looking for a crisis to support need look no further than our indigenous communities where existing health disparities have been compounded with the arrival of Covid-19. 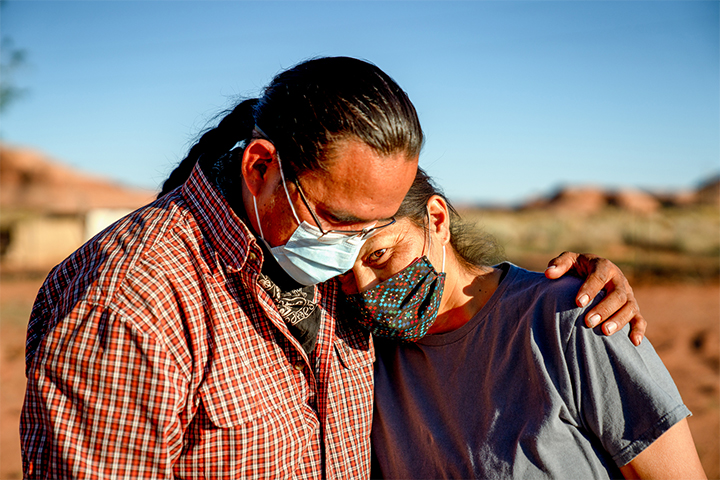 When the Pandemic began their Life Expectancy was already 5 years less than the average American. They have one of the highest death rates for Diabetes on the planet and their Obesity and Smoking rates lead the nation too. They have the highest US poverty rate at 25% and unemployment exceeded 40% for some Tribes before the Virus arrived. Their Internet coverage is spotty at best making it hard to get information to them and by some accounts there can be as few as 13 Grocery Stores and 12 Medical facilities spread across 27,000 square miles of land. Some data, such as one third not having access to electricity and one in three having no running water are somewhat hard to believe, but there is no doubt their living conditions are often intolerable and can be a breeding ground for infectious disease….

Statistical gaps can make it difficult to properly allocate public resources to Native Americans. When that’s the case, one leader said, “tribal nations have an effective death sentence.” The $2-4 Billion the Indian Health Service has received to combat Covid-19 is not enough and certainly can’t make up for the years of inexcusable underfunding. We hope you’ll join us in saluting these “Worthy Warriors.” It’s time these proud people have a stronger voice. They should not have to get into a “Shouting Contest” to be heard…  Tom LeDuc