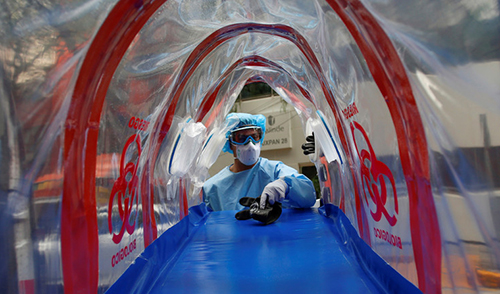 Reviews of the link between Body Weight and Covid-19 Deaths have produced astounding results, far too powerful to ignore. A credible report recently released by the World Obesity Foundation confirms our own findings that the highest mortality rates for Covid-19 are in countries where Overweight people exceed 50% of the population compared to countries below 50%...and we’re not talking about a subtle difference. According to the report, at the end of 2020 the difference in the mortality rate is 10 times higher and the researchers found that a country's wealth, reporting capacity, elderly population, and other factors could not explain the link between COVID-19 death rates and obesity/overweight above 50% of the population..

In the United States, which has one of the highest Obesity rates in the world, the CDC reports that Obesity, a Body Mass Index of 30 or higher, may triple the risk of hospitalization from Covid 19 due to impaired immune function and decreased lung capacity. They also report an increase in Obesity as a percent of the population from 30% to 42.5% in less than 20 years and when combined with overweight, BMI between 25-30, it has reached as high as 74%. The United States not only leads the world in total Covid cases and deaths, it has the 9th highest death rate in the world at 158.43 per 100,000 people.

There are exceptions to these findings in some countries such as Australia and New Zealand, but they are rare as there is even evidence emerging, as Vaccines begin to roll out around the world, that they are less effective on Obese people. Researchers in Rome found in a study that is not yet peer reviewed that obese people produced notably fewer antibodies after being vaccinated than those with a normal body weight.

Some of this is Old News…it was one of the first findings ever released about this terrible disease. The big surprise is the massive increase in deaths in countries with an Overweight population, not just Obese, above 50%...and the difference is not subtle, it’s almost as if it is a flashpoint. True there is an elevated mortality risk and bad outcomes mixing Obesity with anything, but nobody was expecting anything like this.  Tom LeDuc