ADDICTION AND YOUR BRAIN 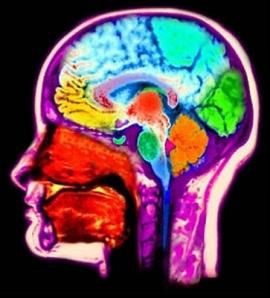 According to the American Society of Addiction Medicine addiction has now been officially classified as a Brain Disease...While some of us are more vulnerable to it than others, addiction is not just about people behaving badly. All of us have the potential to acquire this disease. Your brain has a built in Reward System referred to as your "Pleasure Pathway" that is activated by behavior that makes you feel good. It's designed to promote positive behavior connected to the survival of the species, such as food and sex, but it responds equally to less productive behavior such as drugs and alcohol. Sending the wrong signals to this area of your brain is very dangerous. Once it gets hijacked you are no longer in control...you have a brain disease.

We can become addicted to almost anything and we may have no idea what's really taking place until we try to stop. Like other chronic diseases, addiction often involves cycles of relapse and remission. Without treatment or engagement in recovery activities, addiction is progressive and can result in disability or premature death. Depending upon the drug, the latest studies show that life expectancy is 15-20 years from the moment of addiction, not to mention the physical and mental deterioration along the way. Cocaine addicts often die within 5 years from the time they begin heavy usage...Some addictions, such as Sex or Gambling, don't cause death from engaging in the behavior, they destroy lives in other ways.

Addiction is far more involved than its symptoms describe---It's more than just the highs, the cravings and the things people do to achieve one or avoid the other. The chemical involved is Dopamine which conditions us to the routines we find pleasurable, good and bad. Your brain's Reward System isn't "optional equipment," you can't just concern yourself with controlling the urge for "Higher High's." It can be even more powerful when it's related to our desire to overcome being low. According to the National Institute on Drug Abuse 23 million people need treatment for substance abuse, but only 2 million receive it.

The problem is the population remains stable even though addicts die young because they are constantly being replaced. Young people are especially vulnerable because reasoning is involved and when the frontal cortex isn't fully developed it's not as well connected to the emotion related areas of the brain, which makes it harder to withstand the peer pressure to experiment with substances that should be avoided. And that has nothing to do with self control or willpower. Some young brains just develop more slowly than others. Sadly genetics are also involved, so if either you or your children are biologically vulnerable to begin with, you may be more or less able to cope with a stressful or painful environment. The difficult economic times we face now are fertile ground for addiction, so be careful and pay close attention to those around you who may need your help.  Tom LeDuc