The life expectancy of the world's population has reach 69 years, but the life expectancy of the world's orphans is often less than 30 years. The problem is most acute in Africa, Asia and Latin America, but it exists everywhere including the United States where, on average, children leaving the Foster System at age 18: 25% will be homeless, 56% will be unemployed, 27% end up in jail and 30% of females will experience early parenthood.

There are more than 163 million orphans in the world, as many as 30,000,000 in India alone. By most estimates, in India, only 0.3% were orphaned because of the death of their parents. The rest were abandoned. The plight of children in Africa is well documented, but in countries like Russia it is less well known. When a child leaves the Russian Orphanage System at age 16 they are already "middle aged" for their demographic. It's even worse in Ukraine where as few as 30% of orphans are adopted and according to the UN "graduated orphans" end up on the streets such a high percentage of the time boys live on average 26 years and girls will likely die by age 24... 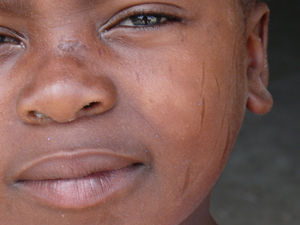 Worldwide it costs $35 to support an orphan for one
month. It's hard to imagine a more worthy cause.

According to Orphans Lifeline, in Mexico approximately 10% of the population hold the rank of wealthy, 30% are considered middle class which leaves 60% of their 111,000,000 people classified as poor. That means 60,000,000 Mexicans are forced to survive with 26% of the country's income as their resource. Of these 1.5 million are children who depend on outside sources of funding to survive due to lack of government funding for their care. Sadly accurate counts of the number of Orphans in Mexico are hard to come by. One bone chilling estimate is 30,000 Orphans are created every two years from Drug Cartel killings alone.

The Adoption Option...There is strong evidence that children adopted by loving families live long and productive lives, including those who leave their country, but most adoptions throughout the world take place within 17 months of the child's birth. Imagine what it must be like for the children in orphanages who aren't chosen and end up on the street as young as age 16. Where do they get the life skills to survive? Tom LeDuc